This project has been funded with support from the European Commission.This website reflects the views only of the author, and the Commission cannot be held responsible for any use which may be made of the information contained therein. 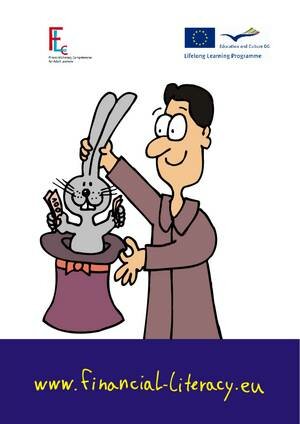 This is no Financial Literacy exercise but a story that is told between bankers during the recent economic crisis.

Some weeks ago, when the rating agencies had already started to put pressure on some European economies, and politicians worried about the European sovereign debt crisis, an tourist in Vienna visited a hotel because he wanted to rent a nice room. The hotel manager agreed that he looked at all rooms, but he asked for a deposit of 100 Euros. The tourist gave him a 100 Euro banknote, and went upstairs to see the rooms.

As soon he had left the reception, the hotel manager took the 100 Euros and ran to the neighbouring butcher to pay his debts. The butcher took the money and passed it on to a farmer to whom he owed money for the delivery of meat. The farmer was very happy to receive the money because he had debts at the local cooperative and brought the 100 Euros to their manager, who could now pay his debts at the pub.

When the owner of the pub received the 100 Euros, he could finally pay the hotel manager for the room he had used.

Just in time, because some minutes later the German tourist came back from his inspection of the rooms. “I am sorry,” he said, “I am afraid that none of the rooms suit my taste.” He took the 100 Euro deposit, said good-bye and left the hotel.

But everybody was happy, because all debts had been paid.